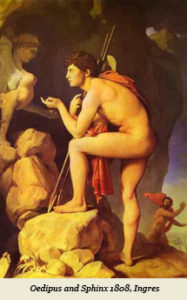 This Lecture was held by Inga-Lill Lindström, on a Lecture Day about “Child perspective” in February 2012 in Gothenburg, Sweden, arranged by the Swedish Psychoanalytic Society. The lecture was held in Swedish.

The lecture, based on Leonard Shengold’s book Soulmurder, The Effects of Childhood Abuse and Deprivation [1989], is about the consequences that accompanies people exposed to extensive psychological violence as children, overtly or more or less subtly perpetrated by close relatives, often one or both parents.

“Is there a life without father and mother?” According to Shengold this question is particulary urgent and relevant for every soulmurdervictim.

Shengold emphasizes that the psychologically abused child has an absolute dependence on the perpetrators, and the reaction to the abuse and torture includes an indigestible combination of  helplessness and anger, which in turn must be suppressed in order for the child to survive. The child is exposed to brainwashing executed both from  the perpetrators and  from the child, the victim itself. Making  it possible for the child to repress what is happening or happend. The intense need to see the tormentor as good and right is absolutely and  the child must submit and  identify with the tormentor  in the promise that the tormentor  will be good and rescue her, and believe that she herself must be bad. “Confidence in the testimony of the own senses is broken” (Ferenczi 1933).

The victims of soulmurder becomes an object in the possession of another, totally subjected to the power of the other, the sense of identity is lost, “the soul is in bondage to someone else”. As Paul Schreber’s writes, “One person absorbs the life of another”. The ability to feel vitality and joy in life is seriously curtailed. August Strindberg [1887] gave Soulmurder the meaning of  “taking away a person´s reason for living”.

“In the place of the lost autencity behind a “façade of normality” is the victim of soulmurder relegated to” Shengold writes. “But the hate as the abuse generated germinates behind the façade…Underneath lurk murderousness and suicide”.

“Denying and “restraining” the hate becomes obsessive and fundamental” according to Shengold. “A soulmurder scenario is suggested by the massive defenses involved, the intensity of the compulsion to repeat and be punished and the centrality of the guilt-ridden fantasy life based on the memory”.

“For the abused child, loving feeling means providing the emotional opening for the abuser that leads in unconscious expectation to a danger of  being traumatically flooded  with sensation and intimations of ego disintegration” Shengold considers. The abused child is relegated to passivity and is at the same time driven by cannibalistic striving. “The intensity of hatred is massive and crippling” and  invades  meaningful relationsships, and  threatens to destroy every human bond”.

Scroll back to top