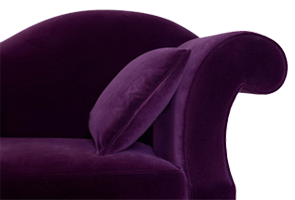 Psychoanalysis was founded by Sigmund Freud (1856-1939) at the turn of the century, and has strongly influenced Western culture ever since. Psychoanalysis is both a theory and a method of treatment, a theory of the human soul and a form of its treatment. The unconscious is thought to play a crucial role; the basic idea in psychoanalysis is that ideas and human actions have an opinion, are intentional, and may be understood. Psychoanalysis and psychodynamic psychotherapy are based on the Genuineness of both analysts and psychoanalysts.

In Sigmund Freud’s and Josef Breuer’s widely published book The Study, uber Hysterie (1895), Studier i hysteri, they describe how the psychoanalytic method begins to take shape. The method, based as Breuer’s patient, was later named Anna O., is documented in “The Talking Cure”.

With the breakthrough of Freud’s book Die Traumdeutung (1900) Interpretation of Dreams, the story of human psychological conditions was deepened. The book describes the dream as the desire fulfillment of infantile latent unconscious wishes. Desires that, through resistance to letting them remain consciously are relegated to the unconscious. The latent dream thoughts are transformed into the manifest dream, the masked fulfillment of a despaired desire, by the dream censorship, through the dreamwork, primarily through displacement and condensation.

Freud believed that dreaming constituted the royal road to the unconscious, through the dreaming, the content of the despised and unconscious wishes may become conscious. Freud also found that the misdemeanors and the neurotic symptom were subject to the same paradigm as the dream, that these also contained the despicable desires in a distorted form, and,through compromise, served as the fulfillment of latent desires, the return of despair.

Thus, the displacement is a prerequisite for the formation of symptoms. Freud understood symptoms as being a surrogate for something that was hindered by the outbreak. The symptoms generate libidinous surrogate satisfaction; the task of the symptoms is to provide libidinous satisfaction that the individual has been forced to abandon in real life. The symptoms, like the dream, through displacement and condensation, produces something fulfilled.

The neurotic symptom is the result of a conflict between libidinous impulses and repression trends, between sensual and ascetic intentions. These contradictory forces are reconciled through the compromise that the formation of the symbol forms. The symptom thus arises as a deformed product of the unconscious libidinious desire fulfillment, which the individual, at the manifest level, does not recognize as satisfaction without pain and suffering.

The consistent objects for the child’s love are his or her own parents. Freud called this infantile addiction the Oidipus complex after the Greek myth of King Oidipus. Parents’ loving treatment of the child in parallel with their determined ’no’, in respect to both their own and the child’s unreasonable claims, were considered by Freud crucial in regard to whether or not the child will be able to abandon his or her Oidipus complex.

In order for the child to be given the conditions for good mental health, Freud thought it necessary that the Oidipus complex was successfully resolved. The child and later on the adult individual, who then can be part of human community, connect with others and have the ability to work and enjoy their life. If the Oidipus complex remains unresolved, the individual is divorced from human community; doomed to a life of mental loneliness and referred to obtain satisfaction in the cropped manner the symptom offers.

During puberty, the young person is faced with the great task of freeing themselves from their parents. Freud wrote, “During this time the human individual must deal with the great task of freeing himself from the parents. Only when that task is resolved can he cease to be a child and instead become a member of the social community. The task is for the son to detach his libidinious desires towards his mother  and use them in the choice of a true foreign love object, and to reconcile himself to the father, if he is still in a hostile relationship with this, or free  himself from the pressure of his father’s influence if he responded to him in response to the infantile uprising. These problems are put in front of each one. It is worth noting how rarely they manage to solve them ideally, that is, psychologically and socially correct. For the neurotics, the solution does not succeed, the son remains throughout his life under his father’s authority and is unable to transfer his libido to a foreign sexual object. With the proper change of relationship, the same can be the destiny of the daughter. In that sense, the Oidipus complex is correct as the core of the Neurosis”. ”

Freud worked to further develop psychoanalysis and published a very extensive body of literature until his death in 1939.

For a description of psychoanalysis, see the Swedish Psychoanalytic Society website:

Scroll back to top